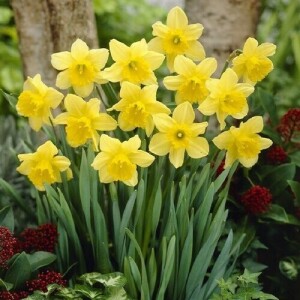 Janet “Sue” (Curry) Ford, 75, of Ogallala, Ne., passed away on Wednesday, September 29, 2021 at CHI Good Samaritan Hospital at Kearney, Ne.
Sue was born on May 4, 1946 to Robert Guthrie and Meda Lucile (Norgren) Curry, at the Lewellen Ne. Hospital.
Sue grew up on the family farm/ranch, northeast of Ogallala, Ne.  Sue attended country school District #18 for kindergarten to the 8th grade and graduated from Ogallala High School in 1964.
During Sue’s early years and teens, she loved riding horses, and her favorites were Skeeter and Tator.  She was active in 4-H at the fairs and rodeos. Sue was Perkins County Fair and Rodeo Queen in 1961 and she was Keith County Fair and Rodeo Queen in 1962. Sue was active in ballet and tap, where she performed in many Dance Revues and Recitals during 1950’s.
On December 27th, 1964, Sue married Milton R Ford, of Big Springs, Ne., at Ogallala. Sue and Mick lived at Denver, Co., Downey, CA., and Salt Lake City, UT., before returning to Ogallala in May of 1968.
Daughter Siri Sue Ford was happily welcomed into their family on February 24, 1970 at Ogallala, Ne.
Sue was a homemaker, helped her parents on the family farm/ranch, worked many years as a manager at Ogallala’s McDonalds and Ogallala’s Kildare Lumber.
Because family lives matter, Sue retired in 2002. Sue began a new journey in life where she devoted her full attention to her mom and dad, her husband, daughter Siri, and her grandchildren and great-grandchildren.
Sue is survived by husband Mick, daughter Siri (Ken) Reed, Grandchildren Stephanie Steiner, Morgan Reed, and Diana Reed, and Great-Grandchildren Dallas, Aubree Lucile, Macksen, and Walker Lee, and by her brother Robert K. Curry.
She was preceded in death by her parents Robert G Curry (2006) and Lucile (Norgren)  Curry (2002).
The family has chosen Cremation, services for Janet “Sue” (Curry) Ford will be held at a later date.
Your condolences may be sent by going to www.drauckerfh.com

You may leave your condolences by clicking on the "Share a Memory" button.

Draucker Funeral Home of Ogallala been entrusted with the arrangements.