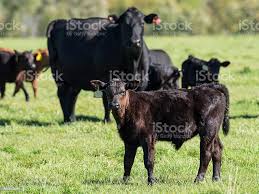 Joan was a beautiful, caring mother, grandmother and friend.

She was born to Frederick A. and Eunice Maxine (Chirnside) Heidemann on May 28, 1942. Joan grew up as the 6th child of a family of 10 children west of Plymouth, Nebraska on the family farm. Joan had a lively childhood with many wonderful stories of the antics of her brothers and sisters.

Joan attended cosmetology school in Beatrice after graduating from Plymouth High School in 1960.

Joan married Ralph McBride on March 4, 1961 and they moved to Ogallala, Nebraska. Joan and Ralph had five children, JoDee, William, Jill, Joy and Tomi.
Joan enjoyed working as a beautician for Alice (VandeVoorde) Berry when they first moved into the area. Eventually, Joan and Ralph moved to Paxton and she started her own hair salon there.

Joan loved riding horses with her husband and children. After their daughter, JoDee passed away from leukemia, they would move to Ogallala again.
Joan opened the Hair Twister on West 5th Street where she enjoyed a wide variety of clients who came weekly to get their hair done. When she had time, she would give riding
lessons to a few young girls who loved horses.

In 1980, Joan and Ralph divorced. Joan moved to Plymouth and continued working as a cosmetologist. In addition, she began her long career in the healthcare field at the Beatrice Community Hospital. She would work as a CNA in many different hospital/nursing home settings for another 30+ years. Joan loved working with people and helping others.
She made many friends throughout those years.

Joan moved back to Ogallala in 1986. Upon her return, she enjoyed working at Edgar’s Jewelry Store, the Ogallala Community Hospital and in her hair salon.
She had very little down time but when she did, she would sew items for people at the hospital, for her daughters and her family.

In the later years of Joan’s life, she enjoyed going to her grandchildren’s activities. You would find her cheering and keeping score for the teams that her grandchildren played on.
She never wanted to miss a game, track meet or rodeo. She loved traveling and had a chance to take a few major trips to visit such places as Europe, the Ozarks, Maine,
Lake Tahoe, Canada and Colorado with her sisters and brothers and their families. Special trips with her children and grandchildren were taken to Hawaii, California,
Texas, and Tennessee.

Visitation will be held  at Draucker Funeral Home, in Ogallala, Nebraska on Sunday November 14th from 1:00-3:00pm, with the family greeting friends and family.

Funeral services will be held on Monday, November 15, 2021, 10:00 am at the Draucker Funeral Home,with Pastor Tyler Jordan, of Corner Stone Community Church in Riverton, Wy. officiating.

Interment will be at the Paxton Cemetery, at Paxton Ne.,  following the services.

Memorials are suggested to the Ogallala Community Hospital, and the Garden County Nursing Home in Oshkosh Ne.

Online condolences can be given by pressing "Share a Memory" button.

Services will be live streamed and posted to the website following the services.